Free Delivery on orders over €50
Shop by brand: 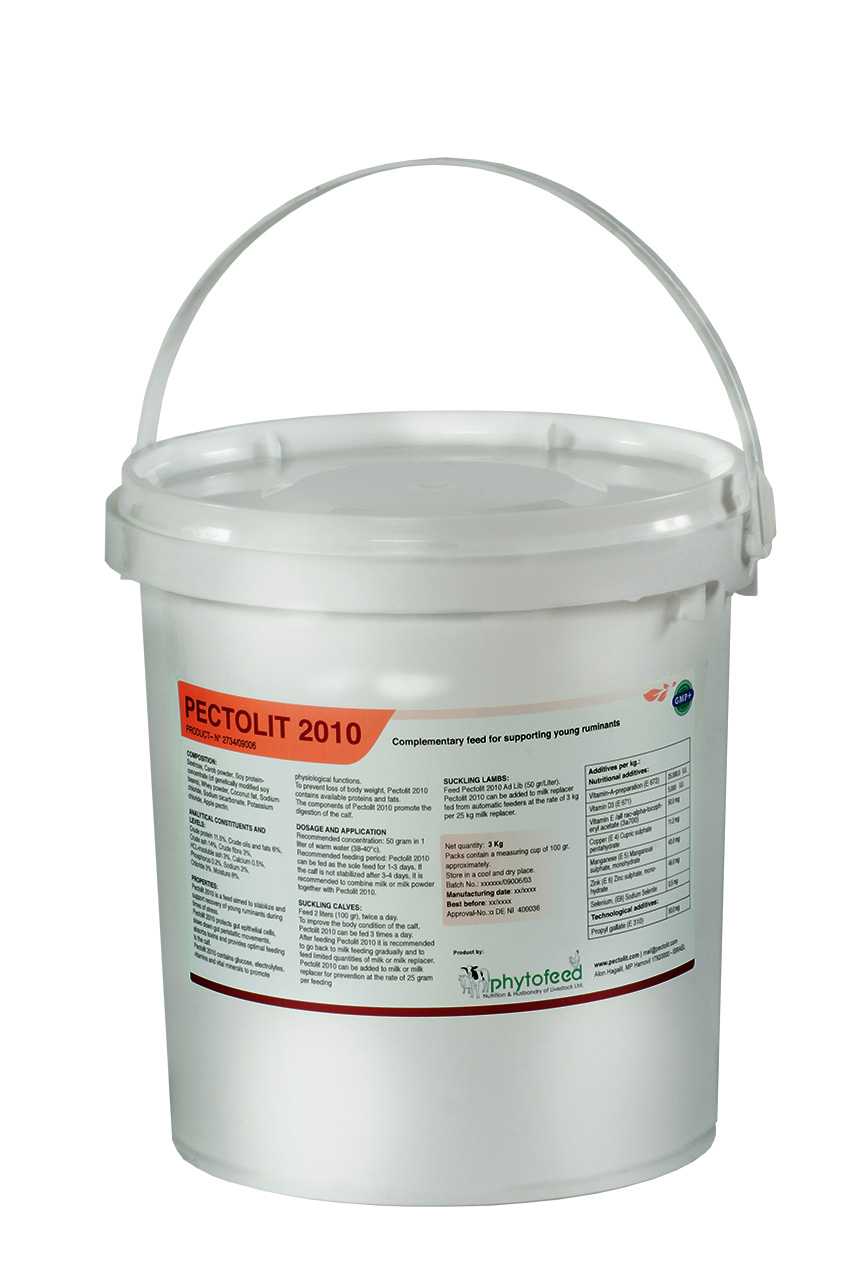 was:
€~~productWasPrice~~
Now:
€54.00
Quantity:
Size
+ Add to cart
Delivery to Ireland Only
View our delivery and returns policy >
Description:

With PECTOLIT, calves do not lose weight.

Engergy, 11.4% protein, 6% fats which are 100% natural and easily assimilated. Rich in vitamins, trace elements and minerals.  Appetizing, it can be  mixed with water and milk.

PECTOLIT Pro was developed to prevent and combat digestive problems in calves, lambs and kid goats.

1-PECTOLIT contains vegetable extracts, electrolytes, vitamins and trace elements. PECTOLIT contains no antibiotics. No waiting time nor prescriptions needed.  Presents no danger, even in case of overdose, and it can be given right from the first days after birth.

3- Rehydrating and Nourishing : far more than other market competitors, PECTOLIT nourishes animals as a real feed : it contains sugars, proteins (11.4%) and even easily assimilated fats (6%).  Farmers using the product have observed that the animal does not loose weight during the administration of PECTOLIT.
4.Complete food: PECTOLIT is one of the very few powdered meal products to bring both vitamins and trace elements.
5.Appetizing : PECTOLIT is extremely appetizing ; even a sick animal manages to digest it easily. Its palatability facilitates its consumption by suckling calves.
6.Soluble : PECTOLIT dissolves perfectly in both water and milk.
7.Protective : used in small preventative doses, it is a very good means of protection, acting as a « dressing ». Even for suckler calves, it is the most practical solution to guard against these type of problems (one litre dose per day during the period at risk).
8.Boosting : PECTOLIT is also used to boost up calves which have suffered from illness or diverse problems, such as slow starters, or calves which do not drink enough like twins. PECTOLIT contains ingredients which aid digestion, and the vitamins and trace elements which are included stimulate the metabolism and immune system.
9.Ideal for a smooth passage from colostrum to milk or milk powder. One or two pure meals lead to the rehydration of the animal and ensures good digestion of milk.
10.Ensures the right start for new herds : to start herds of calves coming from different farms, (first and second meal with PECTOLIT only, then mixed into the milk for several days). The animals are less stressed and have a « good coat » according to farmers.
11.Practical : sealed in an air-tight container of 3kgs with a doser of 100g for 2 litres it is easy to use. If well sealed after use, it should easily last for one year.
12.Economic : cheaper than its competitors, it has unbeatable return on outlay.

Instructions for Use :
•When a calf has digestion problems, stop the milk.
•Give 2 meals of PECTOLIT – one dose of 100g in 2 litres of water at 40°C each meal.
•If after 2 meals, the animal is still suffering, continue with PECTOLIT, 3 times a day for several days if deemed necessary.
•When the faeces are normal, make the transition : 1 litre of milk plus 1 litre of PECTOLIT (50g) for 1 or 2 meals, then 50g of Pectolit in 2 litres of milk for one or several meals, depending of the state of the calf.
•Meals of 2 litres are recommended for calves weighing 40kgs. If the calf weighs 60kgs, give 3 litres (150g of PECTOLIT), or go up to 3 meals. If the calf weighs 80kgs, 3 meals of 2.5 to 3 litres.
•For group management, if several animals are affected, PECTOLIT may be added to the meal of the group without stopping the milk distribution ; 25 to 50g of Pectolit per drink.
•To ensure a good start for recently purchased animals, start with 1 or 2 meals with PECTOLIT only, and then add 25g of PECTOLIT to the meal for one week.

Accept All Reject All Settings